On the television side, August can be seen in the superhero drama “The Boys,” executive produced by Seth Rogen and Evan Goldberg. Most recently, August heavily recurred in “Chilling Adventures of Sabrina” as well as “Siren.” Prior to that, August was a series regular in “The Other Kingdom.” Additionally, she recurred opposite Freddie Highmore in “The Good Doctor” and had several guest starring roles in the hit shows “Suits,” “Supernatural” and “Arrow.”

On the film side, August is the lead in the feature “Motivated Seller” by Deon Taylor, and she is playing opposite Anna Kendrick and Bill Hader in Walt Disney’s fantasy comedy feature film “Noelle,” directed and written by Marc Lawrence. August can also be seen in “Bad Times at the El Royale” starring Chris Hemsworth, as well as “The Intruder” opposite Meagan Good and Dennis Quaid.

She was born and raised in Zimbabwe and moved to Canada at 17 years old, where she trained as an actor, which became her true passion. August is also an incredible singer and has worked in many studios and recorded her original songs.

She currently is based between Vancouver and Los Angeles. 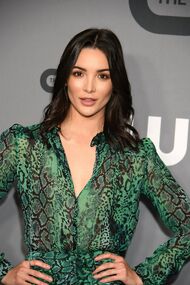 Retrieved from "https://nancydrew.fandom.com/wiki/Alvina_August?oldid=6986"
Community content is available under CC-BY-SA unless otherwise noted.