“I read all the books, I played all the games. It's been a part of my life for so long, it's truly a dream come true.”
— Kennedy McMann on playing Nancy Drew

Kennedy is the daughter of Lisa McMann, an American novelist, and Matt McMann, a writer and musician. She has a brother named Killian.

On February 14, 2019, Deadline announced that McMann was cast for the role of Nancy Drew in The CW's television adaptation.[1]

On November 10, 2020 Kennedy announced on Instagram that she got married to her fiance Sam McInerney in a small ceremony. She said they would have an bigger ceremony post COVID with their family later on as they couldn't attend the wedding in Canada. [2] [3]

McMann is notably a big fan of Nancy Drew, and she grew up reading the books and playing the games. Her favorite game is The Phantom of Venice because "the mini games are really great" and she likes the visuals of it.[4] 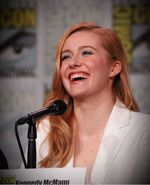 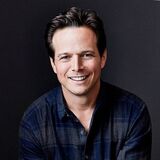