George Fan
Millicent Nickerson is a character in Nancy Drew. She is the worried mother of Ned Nickerson, and visits Horseshoe Bay, Maine to check on her son. She is portrayed by Jeryl Prescott Gallien.

Millie is a classy woman who presents herself in professional clothing. She has brown eyes and brown hair that she pulls into a bun. She wears earrings and a bronze necklace.

Millie is a protective mother who worries about her son's well-being. She is aware of the hardships of the world and strives to protect her son from the dangers of it. She was heartbroken during his trial and arrest, and when he was released, her drive to protect her child amplified. She is reluctant to accept George as Nick's girlfriend due to her abrasive nature and blunt attitude, but is ultimately those qualities that win Millie over. She is also a strong believer in the paranormal world.

Millie is the mother of Ned "Nick" Nickerson, and she raised him alongside her husband in Florida.

Nick opens The Claw early for his visiting mother, who has come to see his purchase of The Claw. She wants him to come back to Florida despite his protests. George walks in complaining about the car that almost hit her. Millie admits to being the driver though she holds disdain toward George for punching her truck. Later that afternoon, Nick serves his mom orange juice. His friend from varsity was shot in a park when a drug deal went wrong, but the family thinks it’s a case of mistaken identity. He assures her that won’t happen to him, with Millicent reminding him of his arrest and the realities of the police. He wants her to get to know Horseshoe Bay and George, volunteering George as their tour guide. She shows Millicent the museum and she remarks on how much she likes the artifacts, thinking her students will find it interesting. Nick searches for an employee to ask about the artifacts, while Millie and George talk. They return to The Claw and Nick introduces his mother to Nancy. She is appreciative of Nancy and her family, gushing over Nancy much to George's discomfort.

The next night, Millie overhears the Drew Crew talking about a man who wants to kill Nick. They explain the situation to Millie who is aware of the supernatural and uses this as another reason she and Nick should leave. Nick refuses to leave with her and suggests she not visit if she's just going to be upset. Millie leaves while Nick storms off. Nancy finds him and he worries things probably won’t be okay with his mom, though he’s scared this is the last time he’ll see her. George visits Millie to apologize for her behavior, explain the reasonings for her personality, and why she’s the perfect one to protect Nick. She doesn’t think they should leave in the middle of a fight. Millie wants to help Nick and his friends. The Drew Crew head to the bar to search for the record. Millie and George arrive a few moments later to help. She witnesses Nick being attacked by the spirit of John MacDonald and George shatter the mirror to free Johnny's spirit so Nick can fight back. After the ordeal, they return to The Claw and Millie is cooking when George enters. They cook together and she gives George her blessing to be with Nick by teaching her Nick’s favorite dish. When her time comes to leave, Nick says goodbye to Millie and he admits his most painful memory is when the judge sentenced him and she cried. He has to prove he isn’t the scared boy who made his mother cry before he comes home. She accepts this as his journey and he prays over her.[1]

Millie to Nick: "If this is your journey, I can accept that. Let me pray over you."
—

Millie appears in just one episode of season 2. 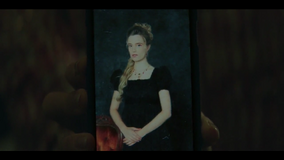