Merge Notice: This page is a duplicate and needs to be merged into River Heights.

River Heights is a city in the United States near Chicago and Titusville. It is presumed to be a medium-sized city and is the home of Nancy Drew and her friends/family.

The town was founded by Ethan Mahoney and seems to be known for its anvils, of all things. It has multiple newspapers, including Today's Times (for which Brenda Carlton is a reporter), the River Heights Gazette, and Crime Weekly.

River Heights holds an annual Clues Challenge, which is sort of like a scavenger hunt. Around this time, there is also an Anvil Festival.

In 2011, the old Town Hall is burned down (which is to say partially burned), and Nancy Drew is the prime suspect.

However, she finds out that Brenda Carlton set it up in order to get rid of Nancy so that she would stop stealing her stories before she could report on them. The town hall was set to be replaced with a museum celebrating the history of River Heights. 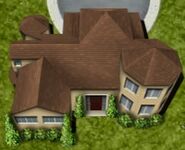 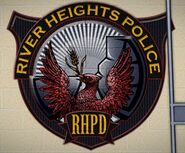 Add a photo to this gallery
Retrieved from "https://nancydrew.fandom.com/wiki/River_Heights/merge?oldid=22360"
Community content is available under CC-BY-SA unless otherwise noted.