Season 2 of the television series Nancy Drew premiered on January 20, 2021,[2] airing Wednesday nights at 9pm on The CW, once again following the show Riverdale.[3]

Season 2 was initially given a full season order. However, due to the COVID-19 pandemic several shows have been forced to shorten filming, which made the total episode count unknow. The 18-episode count was later confirmed by Kennedy McMann on Twitter.[1]

Season 2 was picked up on January 7, 2020.[4] It was initially planned to premiere in Fall 2020, but productions were halted due to the COVID-19 pandemic and the majority of the fall season lineup was delayed until January 2021.

Season two of NANCY DREW follows the legendary teen detective as she solves mysteries – both earthbound and supernatural – in her haunted hometown of Horseshoe Bay, Maine. Nancy (Kennedy McMann) leads a sleuthing team of unlikely friends: George Fan (Leah Lewis), whose clairvoyant heritage will emerge through her encounters with the paranormal; Bess Marvin (Maddison Jaizani), a con artist and heiress with multiple lady admirers; Ned “Nick” Nickerson (Tunji Kasim), Nancy’s ex and George’s boyfriend, a gifted mechanic with a tragic past; and philosophical slacker Ace (Alex Saxon), whose computer-hacking skills have caused secret troubles that will soon be exposed. In season one, the Drew Crew helped Nancy discover the stunning truth that Lucy Sable, the ghost who’d been haunting her all season, was her biological mother, and her biological father was corrupt billionaire Ryan Hudson (Riley Smith). Season two is a direct pickup from season one, so it will span the autumn of 2019, during Nancy’s gap year before college. Ryan will attempt to redeem himself through forging a father-daughter bond with Nancy while keeping her parentage a secret from the rest of his powerful family.

Nancy will also find a way forward with her adoptive father Carson Drew (Scott Wolf) by becoming an investigator for his legal practice. Her adventures will bring the Drew Crew standalone cases, new romances, and emotional journeys of self-reinvention as Nancy tries to navigate with both her biological parent and the man who raised her – but the compounding intrigue and menace of the Hudson family will ultimately force her to make a life-altering choice between her two fathers. NANCY DREW is a production of CBS Television Studios in association with Fake Empire, with executive producers Noga Landau (“The Magicians”), Melinda Hsu Taylor (“The Gifted,” “The Vampire Diaries”), Josh Schwartz (“Gossip Girl,” “Dynasty,” “Runaways”), Stephanie Savage (“Gossip Girl,” “Dynasty,” “Runaways”) and Lis Rowinski (“Dynasty,” “Runaways”). 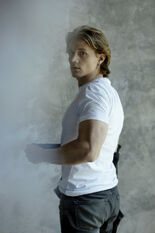 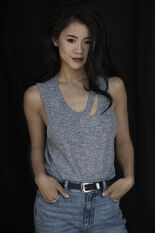 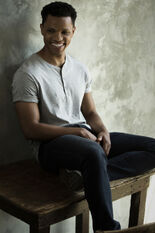 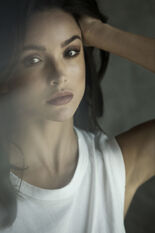 Nancy Drew - Favorite Scenes- All Together Now - The CW

Retrieved from "https://nancydrew.fandom.com/wiki/Season_2?oldid=24694"
Community content is available under CC-BY-SA unless otherwise noted.