Larry Teng
The Drowned Woman is the fifth episode of season 2 of The CW television series Nancy Drew, and the twenty-third episode of the series overall. It aired on Wednesday, February 17, 2021.

Official synopsis of The Drowned Woman from The CW:

THE FIGHT CONTINUES - Tensions flare between Nancy (Kennedy McMann) and the Drew Crew as they continue to fight the Aglaeca. Meanwhile, Bess (Maddison Jaizani) makes a mistake that could cause all of them their lives. Lastly, George (Leah Lewis) has a beautiful bonding moment with her sisters. Scott Wolf, Alex Saxon, Tunji Kasim and Riley Smith also star. Larry Teng directed the episode written by Noga Landau & Melinda Hsu Taylor (#205). Original airdate 2/17/2021.

COLD OPEN: Nancy and the Drew Crew meet outside The Claw to discuss having wounded the Aglaeca. Nancy thinks the sand turned into the seaweed wrap because she was the last to touch the sand and the wrap was her portent. Bess notes that the sun is about to rise and they have one day left before they die. Nancy thinks that if they can get more portent sand and divvy it up they can use it to defeat her once and for all. They just have to lure the Aglaeca using themselves as bait.

ACT ONE: Nancy doesn't find sand in the blanket where she kept the seaweed wrap, as Bess had cleaned out the space and thrown away the sand as an act of "purifying her chi". George searches for sand at her apartment but doesn’t find any. Jesse presents food that she made and her sisters fight over it. George breaks up the fight and decides to eat with her sisters for the first time in a while. Before the girls leave for school they decide to take a selfie. Ace and Nick are working on his truck but Ace is distracted by looking at AJ’s death photo, which had captured a photo of the Aglaeca in the background. They realize that she collects her victims personally. They need enough sand to split five ways, but none of the Drew Crew have found any sand yet. They meet again at The Claw. Bess and George argue which leads the group turning on each other one-by-one Nick yells at Nancy for using people as distractions for her pain, to which she reminds him that he mom had just died when they started hooking up. George thinks Nancy's using distraction to avoid tying up loose ends. Bess blames Nancy for all of them being cursed, so Nancy storms out of the Claw to fix everything.

ACT TWO: Ryan and Carson spy on Nancy. Ryan isn’t sure what is too far as his father used to pay PI’s to spy on him, until Ryan paid off the PI himself. Carson recommends some parenting books. Carson brings up Everett’s trial but Ryan doesn’t think it will go that far, nor is he sure about testifying. Nancy meets with Hannah to ask for sand as she hopes a portent was left in one of the lockboxes at the Historical Society. Hannah promises to search for possibilities. While she’s gone, Nancy snoops in the ledger until Hannah stops her. She warns Nancy that the items do more harm than good, so Nancy leaves. Once outside, she spots Ryan’s car. She remembers that her portent came in the car and walks over to confront them. His car is clean because he vacuums everyday, but luckily, he keeps his vacuum in his trunk. Nancy borrows the vacuum and tells her dads to stop worrying about her. She sends a voice message to everyone and leaves them sand so they can make the Aglaeca think they’ve given up. When she comes to claim them, they can catch her off-guard and kill her. The first person will have to use the sand to weaken her, and since enough of it can destroy her forever, whoever uses it first can’t miss. The Drew Crew take their places in their death visions, holding the sand in their hands as they wait. Bess calls Nick and George, who patch in Ace, then Nancy. Bess thinks they should tie up loose ends just in case. Ace confesses that he hacked into witness protection to get the number of someone but didn’t call them. Bess admits to taking Ace’s pocket knife, George’s jewelry, and Nick’s fab, but she wants to try and stop stealing things if she lives. Nick confesses that he hasn’t done the one thing that Tiffany wanted him to do - take down the Hudson’s. He didn't want to be the sacrificial lamb. Ace tells Nick there’s too many holes in the information and he needs someone on the inside before he takes down the Hudson empire. Nancy gives Nick her permission when he asks. George doesn't have any regrets. Nancy regrets hurting all of them and the Drew Crew believe her. They all begin to hear the sea shanty and moments later, Nancy slips down the cliff and screams for help.

ACT THREE: Everyone’s portents begin to come true as the fireplace turns on, the freezer door closes and the hook falls, Nancy hangs from a cliff, and Nick and George are confronted by the Aglaeca as her first victims. The truck fills with water though Nick escapes from the loose roof and frees George, the sand having worked to get rid of her. Their portent passes and so does everyone else’s, though Ace’s arm is stabbed and Nancy hangs from the cliff. Nick opens his truck door and water floods out. Nancy struggles on the cliff as she screams for help. Carson’s words to just hold on echo in her mind. She pulls herself up to the cliff and back onto land. At The Claw, Bess patches up Ace’s arm. Suddenly, they experience a new death vision of them all on the floor of The Claw having died, as they didn’t kill the Aglaeca but just angered her. Nancy has no idea what to do.

ACT FOUR: Bess offers to drive George home so she can spend her last hours with the people she loves. George knows everything that her sisters are doing and if she came home early she would disrupt their schedules. She wants to take Bess to the Marvin estate but Bess would rather spend it with her friends. Ace calls the number of the witness protection inhabitant, as he might be his brother. Ryan drives out to the woods to meet with Nick, who gives Ryan the USB drive Tiffany gave him. He entrusts the drive to Ryan, as Nancy will let him in if he proves himself. Ryan takes it but doesn’t promise anything. Nancy visits Carson with pizza just like the night they shared barbeque chicken pizza when she was twelve. She wants to pretend it’s that night again. She asks him to pretend for her, though can’t pretend he didn’t mess everything up. He promise that doesn’t change how much he loves her. She doesn’t understand how he can love something that wasn’t his, but he explains that the love wasn’t a lie and tat love will live in him forever. She realizes that the Aglaeca remembers even after she died. Before Nancy leaves, she tells Carson she loves him, calls him dad, and gives him a hug. She gathers the Drew Crew with Odette’s letters, and Nancy admits that she was wrong. The portents only reminded Odette of the trauma she endured and why she became the Aglaeca. But she think they they can appeal to the human the monster once was.

ACT FIVE: Nancy divvies up the letters from Odette so they can all read them, with Nick being the only one who can speak French. George is exasperated with the idea but it’s the only one they hadn’t tried. They learn from the letters that Odette and the English woman met in London, Odette made the voyage to make a life for them despite being scared of the water, though the English woman loved the beach. Odette promised to send the English woman bottles of sand when she arrived in America. They hear the shanty begin to play, and the Aglaeca appears behind them. They begin to read the letters but the Aglaeca blasts Ace backwards with her scream, then George, and each of her victims. Her screams are immense and painful. Nancy manages to continue saying the letters as she remembers them by heart. One-by-one the rest of the Drew Crew remember and recite them. The Aglaeca screams in protest and then explodes into a puddle of water. From the water appears Odette, human once more, and they remind her that she is not what the sailors did to her on the ship. The ground begins to shake violently until everything goes flying in an explosion, and Odette disappears. Nick realizes they made it past midnight and the curse is over. Their happiness is short-lived when they see that George is impaled.

ACT SIX: They pull out the harpoon and Bess tries to apply pressure with a towel. George tells Nick she loves him as he holds her. She dies moments later. Nancy tells Nick that George said she loves him and they all begin to break down. Nancy jumps to her feet and leaves as she can’t let it happen. Nick refuses to let anyone else near George. Nancy breaks into the Historical Society to steal a shroud used to revive the dead. She breaks the circuit breaker which opens all the lockers. She grabs the shroud and leave. Hannah warns her that the effects of the shroud might be dangerous. Nancy runs to The Claw and covers George with the shroud and after several moments, she gasps awake. The next morning, they sit outside now that they don’t have any mysteries or curses to solve. Nancy warns them not to jinx it, with George leaving to get cider for a toast. George sings in French as she gets the cider but as she walks away, Odette’s reflection is in the mirror. Nancy walks along the pier but feels a breeze that distracts her. At the Historical Society, the lockers begin to fling open as ghosts and spirits are released onto the town. Nancy whirls around having heard something.

Nancy: "I regret ever hurting any of you. You trusted me when I made mistakes, and I never wanted anybody to get hurt. Even though I am a Hudson and my genes don't exactly do me favors in the leadership department."
—
Nancy: "You are not what they did to you on that ship. You were strength and sadness and fear and passion."
Ace: "You were human."
Nick: "You were not forgotten."
Nancy: "You were loved."
—
Carson: "You want your dad back. The one who raised you. The one you could trust."
—
Nancy: "I need him now. Yeah.."
Carson: "I can't pretend that I didn't mess everything up. And we may never be what we were, but that doesn't change how much I love you.."
Nancy: "How could you love something that was never really yours?"
Carson: "From the moment Lucy put you in my arms and made me promise to protect you, you are what I lived for. That love is my life."
Nancy: "But it was a lie!"
Carson: "Not the love. Whatever you need to call us...father-daughter, Carson-Nancy...that love lives in me forever."
— 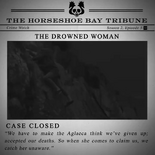 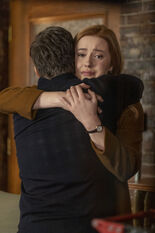 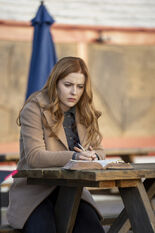 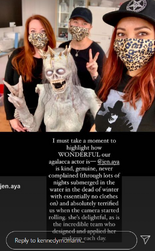 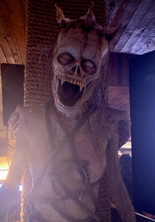 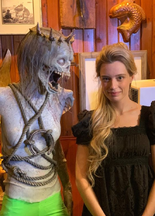 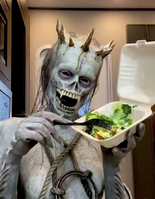 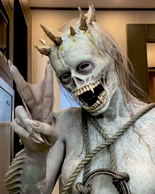 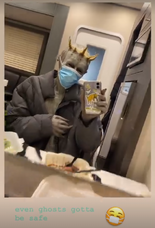