The monolith is a massive Mayan block of stone.

The monolith is acquired by Beech Hill Museum for their Maya exhibit in 2002 after it was recently excavated in a cave near Palenque.

While translating the glyphs on it, Henrik van der Hune realized that it was the prison of The Whisperer, the woman he had heard about from a shaman 30 years earlier.

A curse upon you who beholds this terror

The evil deeds of the Whisperer of Silent Secrets remain undead

Within this prison of stone

When the first king ascends the throne again 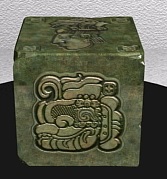 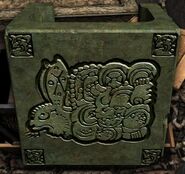 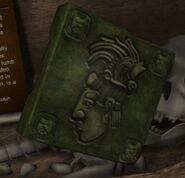 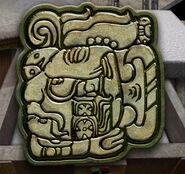 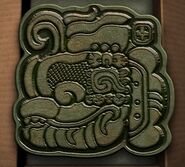 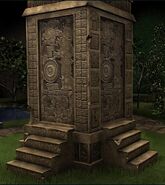 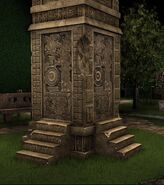 Add a photo to this gallery
Retrieved from "https://nancydrew.fandom.com/wiki/The_Monolith?oldid=17841"
Community content is available under CC-BY-SA unless otherwise noted.