Rachel Raimist/Ed Sanchez
"The Reunion of Lost Souls" is the second episode of season 2 of The CW's 2019 television series Nancy Drew, and the twentieth episode overall. It first aired on January 27, 2021.

Official synopsis of The Reunion of Lost Souls from The CW:

THE MYSTERY CONTINUES – Nancy and the Drew Crew continue to search for clues to battle the Aglaeca. Meanwhile, George has an unfortunate first encounter with Nick’s visiting mother. Lastly, Carson and Ace have a heart-to-heart.

COLD OPEN: Nancy and the Drew Crew visit Hannah Gruen in the cemetery for help on getting rid of the Aglaeca and finding the sea shanty. They hope if they solve her problem she will go away. Nick doesn’t have a place to stay as Victoria kicked him out, so Nancy offers her house as Carson is back at the loft. Hannah finds a record of the shanty written by an unknown author in the 1800s. There is one recording of the song that is owned by a man named Mac. The Drew Crew heads out to find Mac, but Nancy is side-tracked by a tombstone of Captain Douglas Marvin, while the Aglaeca watches from the woods.

ACT ONE: George avoids her death omen by walking to work despite the cold weather and Nick’s offer. She is almost hit by a car which she punches angrily. Nancy, Bess, and Ace visit a bar looking for Mac. The bartender informs them that Johnny Mac died forty years ago and only his flask and bar tab remains. They decide to settle Mac’s bar tab in exchange for the flask. At the Claw, Nick opens early for his mom who is visiting to see his purchase of The Claw. She wants him to come back to Florida. George walks in complaining about the car that almost hit her. Nick’s mom admits to being the driver though she holds disdain toward George for punching her truck.

Bess tries to find the ‘45 but has no luck, though Nancy finds his arrest record from 1973 and death certificate from 1975. Nick enters just wanting to sleep despite his growing problems. Nancy gives him blankets and a pillow for the couch. He awakens late that night to the sound of clattering. He finds the kitchen a disaster and sees the ghost of Johnny Mac behind him. Mac attacks and causes the kitchen to shake violently and glasses to break behind Nick.

ACT TWO: Nick notices bruises on his wrists while cleaning the kitchen, then remembers that he saw the same guy at Diana Marvin’s party, though he confused Nick for a waiter. Nancy thinks the guy is John MacDonald, and Nancy recommends Nick play along the next time Johnny appears. He agrees though he has to meet his mom, placing Bess on work duty. Ace sees Carson struggling with a futon frame and helps him carry it into the loft. Carson wants to know if Nancy is okay. He tells Ace to make sure she eats as she often forgets when she’s stressed. Meanwhile, George and Bess work while Nick serves his mom orange juice. His friend from varsity was shot in a park when a drug deal went wrong, but the family thinks it’s a case of mistaken identity. He assures her that won’t happen to him, with Millicent reminding him of his arrest and the realities of the police. He wants her to get to know Horseshoe Bay and George, volunteering George as their tour guide. Nancy visits the only woman who attended Mac’s funeral, Katt. She tells Nancy about Johnny’s paranoia and violence before he died. The only other friend he had was Buddy, his bartender. George shows Millicent the museum while Nick searches for an employee. He finds Johnny instead and plays along with Johnny’s scenario and learns that Mac summoned the Aglaeca alongside his friends. He asks about the record but Johnny becomes unstable and all the glass in the aisle shatters.

ACT THREE: Millie, Nick, and George return and he introduces his mother to Nancy. She is appreciative of Nancy and her family. Nancy calls an employee meeting and George realizes why Johnny is attached to Nick - Buddy the bartender was also black, so Johnny is confusing Nick for Buddy. Nancy wonders if the orphanage has any record of Johnny. She calls Ace who promises to keep looking, though he’s delivering things to Carson. He wants to know Carson’s side of the story. Carson explains they were a family and telling Nancy the truth would change everything. He wanted to focus on the present where everything was perfect as opposed to the future. Ace relates so Carson offers his help if they need it. He asks about the orphanage which Carson does remember. The Drew Crew drive to the location of the orphanage, which had become a legend after it was scrubbed from maps and public records. Ace notes that the status of everything reminds him of Roanoke, the vanished colony. Bess finds a photograph of Mac with a bunch of people, all of whom the Crew had encounters with throughout the week. All of them died on the same day in freak accidents. They see the arm of another man who is listed as AJ, and they believe he’s the only living member of the group. They search Mac’s room for the ‘45, only to find a human skull in a vent instead.

ACT FOUR: Detective Tamura and the police arrive to claim the bones that Nancy believes are the remains of AJ Nishiyama. The group answers all of Tamura’s questions with ease, and Tamura thanks them for their hunch. Nancy and the Drew Crew regroup at the Claw where Mac’s spirit appears to Nick again. He is rummaging through bottles looking for the ‘45 that Buddy hid. He smashes all of the glasses and vanishes. George notices bruises on Nick’s neck that Bess recognizes as ghost bruises. Nancy visits Ace in the back where he is taking the unused supplies to Carson. She is annoyed that Carson isn’t talking to her which Ace understands, though with the Aglaeca coming for them they might not have long to make things right. Tamura calls her to let her know the bones they found belong to Buddy Fowler. He had a broken wrist and four ribs from where he was beaten, and his body was full of injuries. Bess realizes that Mac strangled Buddy and now Mac is trying to kill Nick. Millie overhears and demands answers.

ACT FIVE: They explain the situation to Millie who is aware of the supernatural and uses this as another reason she and Nick should leave. Nick refuses to leave with her and suggests she not visit. Millie leaves while Nick storms off. Nancy finds him and they talk about his relationship with George, though Nancy assures him they don’t have to explain. She’s happy that they’re happy. Things probably won’t be okay with his mom, though he’s scared this is the last time he’ll see her. She understands as she hasn’t spoken to Carson but misses him. Nancy realizes that all the dates line up for Mac to kill Buddy, as Buddy took the record to use as collateral for his bar tab, meaning the record might still be at the bar. George visits Millie to apologize for her behavior, explain the reasonings for her personality, and why she’s the perfect one to protect Nick. She doesn’t think they should leave in the middle of a fight. Millie wants to help Nick and his friends. The Drew Crew head to the bar and Nick gives the bartender a wad of cash to rent out the bar for the night. They split-up to search for the record. Millie and George arrive a few moments later to help. Nancy sees the record in the jukebox and tries to access it, which sparks Mac to appear. He begins to attack Nick while Nancy frantically tries to access the record. George breaks the mirror and forces Mac to appear. Nancy grabs the record and starts playing it. Mac listens to the song as his friends appear behind him. They all fade away into smoke, while Nick struggles to catch his breath. Bess eerily calls that their future.

ACT SIX: Millie is cooking when George enters. They cook together and she gives George her blessing to be with Nick by teaching her Nick’s favorite dish. Ace, Bess, and Nancy listen to the record while Bess reads through the Marvin family history. Captain Marvin’s wife Odette LaMar died of consumption on the way to America, which Nancy doesn’t think is enough to create a violent ghost. Ace analyzes the song and finds a new recording that features Odette singing her story in French. She was kidnapped by Captain Marvin for her fortune and then executed. The song will be the last thing they ever hear. Ace realizes the Aglaeca came for the souls of the 1975 summoners in seven days after their ritual, which means they only have three days left. Nick says goodbye to Millie and he admits his most painful memory is when the judge sentenced him and she cried. He has to prove he isn’t the scared boy who made his mother cry before he comes home. She accepts this as his journey and he prays over her. Nancy drops off The Claw’s supplies to Carson. They gather in the cemetery over Mac’s grave to bury the flask. The flowers are from Harbor Day, with the same flowers on Rita’s grave and the other Aglaeca victims from 1975. A card is eligible that reads “Forgive Me, Kitsune”. The kitsune nickname belonged to AJ, who has a fox tattoo and knows how to defeat the Aglaeca.

The sea shanty about the Aglaeca:

Have you heard the tale
Of the captain's bride?
Marvin loved Odette
Till the day she died
And now the Aglaeca
She will always be

The Aglaeca's singing beneath the sea shanty, translated from French:

Hear the truth.
I was no man's wife.
They stole my fortune and took my life.
My chaperone betrayed me.
The captain moved against me.
Now you ask of me but do not pay my toll.
So seven days later I'll come for your soul.
Sending omens beyond your wildest fear.
Finally, this song, the last you ever hear.

Bess: "I’m not dying with gross nails."
—
George to Millie: "I'm sorry that I snapped at you before. I am generally foul-mouthed, prickly, and distrustful. But I have a mother who was a neglectful alcoholic and I've had to raise three little sisters on my own. It was really hard, but I adapted. And life hasn't made me nice. It's made me vicious. Which is why I'm the perfect person to watch Nick's back. I'm here now because Nick is in trouble and I really don't think you should leave while you two are still in a fight."
—
George: "It has to be AJ."
Nick: "And if he's leaving flowers...he's still alive."
Nancy: "And he knows how to defeat the Aglaeca."
—
Ace: "The Aglaeca comes to kill you after seven days."
Nancy: "We have exactly three days left."
— 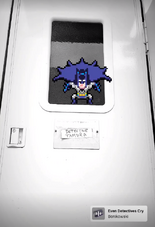 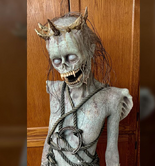 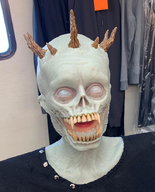 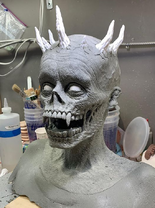 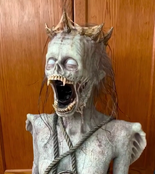 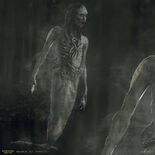 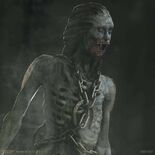 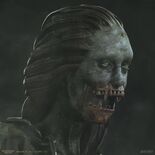 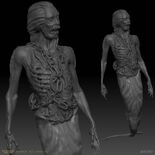 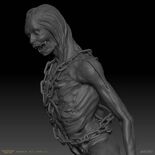