The Thorntons are a wealthy family living in Chatham County, Georgia. They own a mansion called Thornton Hall on Blackrock Island.

The Confederacy gave Blackrock Island to the "Grey Lady" because of her services as a spy during the Civil War. She was such a secretive spy, however, it is still heavily debated whether she truly served the north or the south.

The family made Blackrock Island into a successful plantation attended to by many slaves all the way through to the Reconstruction era. Jeb Thornton and his wife Sarah hired people who couldn't afford to quit and neglected to provide said workers with proper sleeping quarters, forcing them to sleep in the factory itself. One chilly night in the nineteenth century, the workers tried to build a fire to stay warm, but the flames got out of control and burnt the factory down to the ground, killing everyone inside. Sarah, whom the workers affectionately called Nana, was so heartbroken that she isolated herself in her room until her death years later. The tragedy split the Thornton family down the middle, with half wanting to move on and continue with business and the other half rebelling against their legacy, wishing to repent for what happened.

Nevertheless, the Thornton agricultural business continued to be successful and the Thorntons themselves grew ever wealthier and more popular in the area. However, bad luck and plagued the family like a shadow. When Clara Thornton was very young, her mother became very sick and died. Clara went to live with her Aunt Marianna and Uncle Roger and cousins Harper and Charlotte, whom she grew very close to and became more like a sister than a cousin. Unfortunately, tragedy struck again eleven years later when Marianna and Roger died together in a plane crash, leaving their eldest daughter Charlotte to lead the company. Perhaps thinking of her parents' untimely death, Charlotte soon created a will that left everything to Clara in case something happened to her.

However, something caused Charlotte to change her mind. She cut Clara out of her will, leaving everything to her sister Harper instead. Somehow, Clara found out about the change and was terrified that it meant she was being cut out of not only the will, but the family as a whole. Feeling vengeful and wishing to scare her cousin, Clara set a small fire during Charlotte's twenty-first birthday celebration that quickly grew out of control, killing Charlotte. With her death being the final straw, Thornton Hall was abandoned and the family moved to the mainland. But Charlotte remained.

Rumors that Charlotte's spirit still roamed Blackrock Island started to spread, with some claiming to have seen her in person. She became infamous as the Ghost of Thornton Hall, striking terror into all those who dared to find her. Meanwhile, Clara became the head of the Thornton family business and apparently engaged in some suspicious practices. According to her cousin Wade, he found the factory locked from the outside, trapping the workers within in order to meet a quota. Flying into an indignant rage, Wade broke the lock as well as some machinery until he was arrested. Clara pressed charges, and he went to jail for a year.

Some years later, Clara's soon-to-be-married daughter Jessalyn decided to hold her bachelorette sleepover party with her best friend Addison Hammond at the abandoned Thornton Hall. Great fans of horror, they attempted to find the ghost of Charlotte, but the fun stopped when Jessalyn went missing in the early hours of the morning. The family went frantic looking for their beloved Jessalyn and even called in the ghost expert Savannah Woodham, just in case something supernatural happened. Unfortunately, Savannah was simply too frightened to tackle the case and asked Nancy Drew to step in.

The Thornton cemetery was established in 1866 and was dedicated on January 15, 1918, to "those who found their final rest beyond the grounds" as well as Franklin Thornton, who died defending his nation. 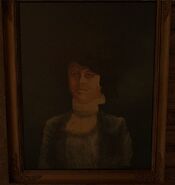 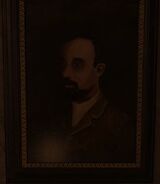 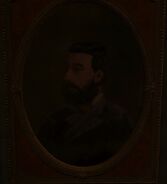 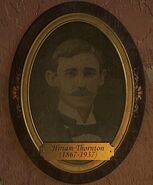 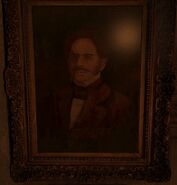 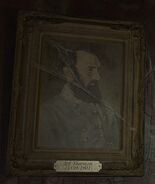 Jeb Thornton
Add a photo to this gallery
Retrieved from "https://nancydrew.fandom.com/wiki/The_Thornton_Family?oldid=16273"
Community content is available under CC-BY-SA unless otherwise noted.