Owner of Technology of Tomorrow Today

David Cravens-O'Farrell
Victor Lossett is the owner of Technology of Tomorrow Today in Colorado Springs, Colorado.

Victor hires Nancy to go undercover and investigate the murder of Niko Jovic in 2012 after the police didn't find his killer. However, he is adamant that she stay out of the lab, since it could be dangerous. Victor suggests that Nancy look for evidence against Ryan Kilpatrick, the technical engineer.

Nancy talks to Victor on the phone, but towards the end of the case, he actually returns to the lab and catches her in the lab area, firing her from the case. He is angry and insists that he will hire a professional once the snow clears. Nancy secretly continues her investigation with the help of Ryan and finds the unedited footage of the night of Niko's death, showing Victor exiting the Tesla coil lab after Niko is killed. Nancy tries to get the video out of the lab, but is knocked out and put in the Faraday cage by Victor with the Tesla coil on, to give her a slow death. Nancy manages to pull the lightning rod up and shock Victor. He is taken to the hospital and then arrested, and funding is cut to the lab immediately. Victor had wanted Niko dead because he couldn't imagine his research about wireless energy being given away and wanted money to be made off of it. He had even caused the Tesla coil to fall on Nancy, knocking her out, and locked her and Ellie in the lab while he planted the card that accessed the lab on the night of the murder in Ellie's and Mason's work area.

Deirdre tells Nancy that Victor had called her to ask about Nancy. Deirdre, with her dislike of Nancy, only told him negative lies, which made Victor think that she would do a faulty job and have Ryan arrested, leading to him hiring her. 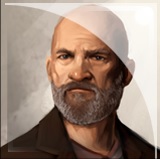 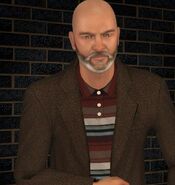 Add a photo to this gallery
Retrieved from "https://nancydrew.fandom.com/wiki/Victor_Lossett?oldid=22244"
Community content is available under CC-BY-SA unless otherwise noted.